The Sound of Wyoming Music 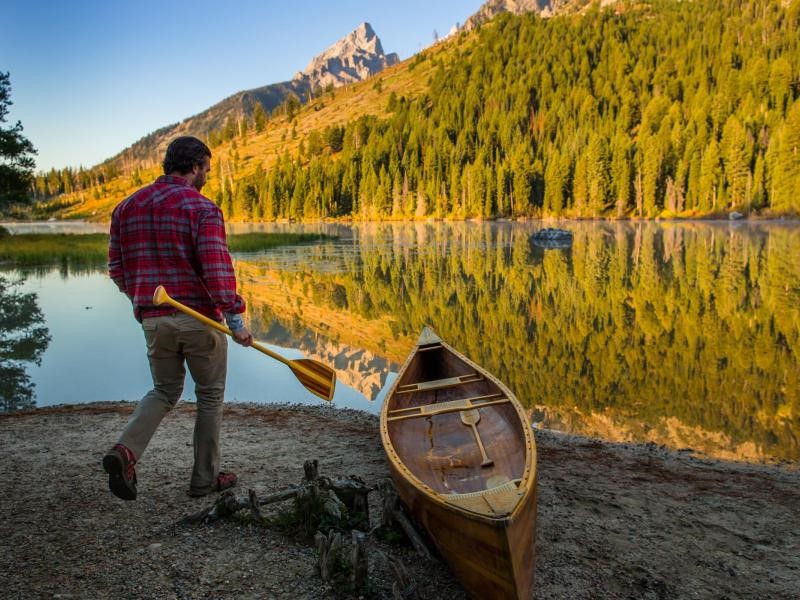 Orchestra musicians from around the country travel to Wyoming to perform in this summer music festival in Jackson Hole. Grand Teton Music Festival.

Known as the “Daddy of ’em All” this is the oldest and largest outdoor rodeo and western celebration in the world. The festival takes place during the last full week of July every year. In 2008 the event drew 550,000 rodeo fans from across the U.S. and from other countries.

Cheyenne Frontier Days was awarded the Large Outdoor rodeo of the Year by the Professional Rodeo Cowboys Association (PRCA) for the 10th year in a row.

Information is subject to change. Information in this article was gathered from the festival websites.

It is a big old western state chock full of big old western festivals. If you dig the idea of cowboys, mountains, and old time music, Wyoming is the place to be during the summer festival season.

If you are up near Laramie this year from June 10th through 18th, you can get have a rule-breaking good time at The 1800’s Western Outlaw Festival amp; Butch Cassidy Days. The festival is held at the Albany County Fairgrounds, and is an educational and enjoyable event that the whole family can get in on. Celebrating all of the aspects of Wyoming’s past, from the railroad to the original homesteads, and from god-fearing settlers to the most rough and tumble outlaws, such as the one the festival is named for, this festival is straight out of the western expansion days.

If you are closer to Alpine than Laramie, Alpine Mountain Days take place from June 15 – 17, 2007, and keeps that good old western feel like the 1800’s Western Outlaw Festival. Alpine Mountain Days is one of the biggest weekend festivals in Wyoming, and features a Pioneer Village, which both kids and adults will enjoy exploring, Indian dancing, arts and crafts from local artisans, exhibits, unique shopping, and lots of food choices.

Not seeing enough music in any of the above options? Well, at the end of summer, if you have not gotten your fix, you can find all the music you could want at Curt Gowdy State Park between Cheyenne and Laramie. The Happy Jack Music Festival takes place from August 10th through 12th, and features music from several different genres, but is focused mainly on that good ole mountain bluegrass. Taking place in the shadow of the Medicine Bow Mountains, at the Happy Jack Music Fest non-stop music fills the air for three days, and the option to camp out on site, if you like to rough it, is available. The festival is billed as a family event, and on Saturday afternoon hosts a kids’ tent, with a special performance by Bandit the Raccoon just for the little ones.

With food, rides, live music and more you are sure to find something that peaks your interests at one of the summer festivals happening in Wyoming this year.

In Cheyenne, Wyoming September 27, 2008, the city’s Symphony Orchestra opened its 2008-09 season, which heralded standing ovations after each performance. The Cheyenne Civic Center was pretty filled up with spectators who came to watch the local symphony orchestra perform this past Saturday night, as a new conductor debuted. Here’s more about the 2008-09 opening night of the Cheyenne Symphony Orchestra in Wyoming. It was a beautiful night in Wyoming’s capitol city for people to come out and enjoy some culture.

More About Opening Night For The Cheyenne Symphony Orchestra In Wyoming

I would say that between 1300-1350 people attended the first show of the season. Knowing that the Cheyenne Civic Center holds just under 1500 people, it was pretty easy for me to estimate the crowd size and notice that there were a lot of new people in attendance. This was a good crowd for opening night, as the two lower sections were near to capacity in being filled up, and the balcony was very full, too, for the close to two hour show (minus the 15 minute intermission).

A new conductor debuted Saturday evening. He’s from Iowa, and was chosen out of 160 plus applicants according to the Cheyenne Symphony Orchestra season program. His name is William Intriligator. He seems like a friendly man. As a matter of fact, he was to give the traditional 30 minute Classical Conversations presentation an hour before the show was to start, but because the piano was still being tuned, he had to come out into the lobby and give an abbreviated version of the presentation, which discusses some aspects of the pieces being performed. I heard him talking about Tchaikovsky, of which one of Tchaikovsky’s works was to be performed later that evening by the Cheyenne Symphony Orchestra.

The first half of the show had guest pianist Vassily Primakov perform Tchaikovsky’s Piano Concerto No. 1 in B-flat minor. The tall and lanky pianist played really passionately and intensely with the Cheyenne Symphony Orchestra in Wyoming. Primakov really has the ability to make the keys flow really well. The orchestration to Tchaikovsky’s piece seemed more hurried and faster-paced, but also more crisp in comparison to what I’ve heard via audio recordings, but it was done well. After the performance, Primakov received a nice standing ovation. 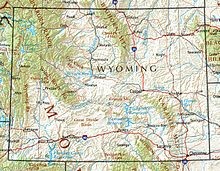 The Cheyenne Symphony Orchestra Gets Standing Ovation After Performing Dvorak’s Symphony No. 9

After the intermission, Dvorak’s Symphony No. 9 was performed, but the conductor gave a brief talk before actually starting. He admonished the crowd to listen to the piece as if we were foreigners. He had said earlier that this symphony was symbolic of the birth of this nation, and gave background on what Dvorak’s thinking was in composing the piece.

As I listened to the first movement, pictures of the Old West from the middle 19th century came to my mind, because the music reminded me of the kind of music one might hear in some Westerns, especially when the characters are riding across the plains. The great acoustics of the Cheyenne Civic Center really served this work well, especially during the 3rd movement. After the performance, the crowd gave a standing ovation to the Cheyenne Symphony Orchestra and conductor William Intriligator, who came out to talk to the spectators after the show ended.

The next scheduled season performance of the Cheyenne Symphony Orchestra in Wyoming will be on November 1, 2008 at 7 o’clock in the evening with an illusionist named Lyn Dillies. That should be really interesting. Scheduled works to be performed include pieces by Rossini, Holst, Copland, and Bizet. For more information about this talented Wyoming symphony orchestra, see the website in the “Resources” box.