Cheyenne, Wyoming — Latin Jam 2009 (also called Latina Jam 2009) featured music performances by Steve Chavez and Jenna Martinez at the Cheyenne Civic Center Saturday night. The area in front of the stage (and later the stage itself) turned into a mini dance hall for numerous teenage girls during Latin Jam 2009. Latin Jam 2009 is part of the annual Latina Youth Conference held in Cheyenne, Wyoming. It was a mild autumn evening in Wyoming’s capital city for this event, which brought out 200-plus people of all ages.

Veteran Performer Steve Chavez Sung About Members of His Family During Latin Jam 2009 at the Cheyenne Civic Center in Cheyenne, Wyoming

The musical entertainment opened with a youth mariachi band from Sheridan, Wyoming performing for about 20 minutes. The group is made up of a melting pot of youth, and was founded by a Spanish teacher. As the blonde-haired lead male singer crooned out some tunes, he elicited many screams from the teenage girls attending Latin Jam 2009. 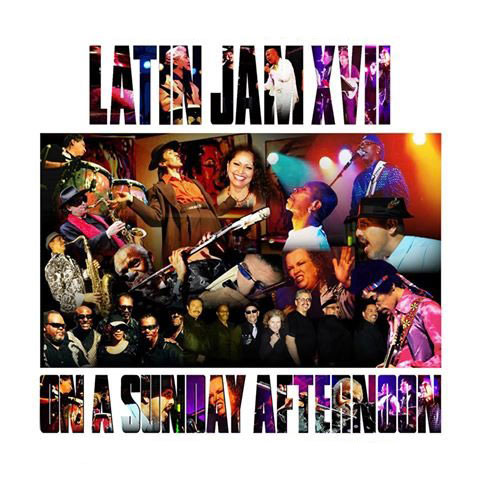 Then New Mexico’s own Steve Chavez, a veteran performer of more than 35 years (and 8 CD releases to his credit), came out and sang for 55 minutes. He sung a variety of songs in Spanish, including Tejano, using his electric guitar. The subject manner of some of his tunes included that of his wife, brother, and mother. As he sung some faster-paced tunes, including one using the titles of 43 Spanish songs, teenage girls in the audience came up in front of the stage and started dancing with each other. This in itself is rather contrarian for the Cheyenne Civic Center, as most performances held there draw primarily conservative and really laid back crowds who sit in their seats for the duration of the show. The atmosphere of this Cheyenne, Wyoming venue was one of a dance hall, without the alcohol. The crowd, especially the youth, was basically well-behaved while they had a good time.

Albuquerque, New Mexico singer Jenna Martinez closed Latin Jam 2009 with roughly 35 minutes of Spanish songs, mostly Tejano in sound. She won 2008 New Mexico Hispano Entertainers Associations Awards for Female Vocalist of the Year amp; CD of the Year (“SOY DEL NORTE”) according to her website. One of her numbers was the energetic Tejano tune called Soy Del Norte, from the above album, which began the convergence of scores of teenage girls from the Latina Youth Conference 2009 to the front of the stage to dance and get a closer view of the rising star, who handed out t-shirts and beads. She moved around with quite a flair on stage. She ended her performance at the Cheyenne Civic Center by calling the Latina girls onto the stage itself while she crooned out, of all things, Summertime Blues.

Both headliners stayed after to interact with the fans and sign merchandise.